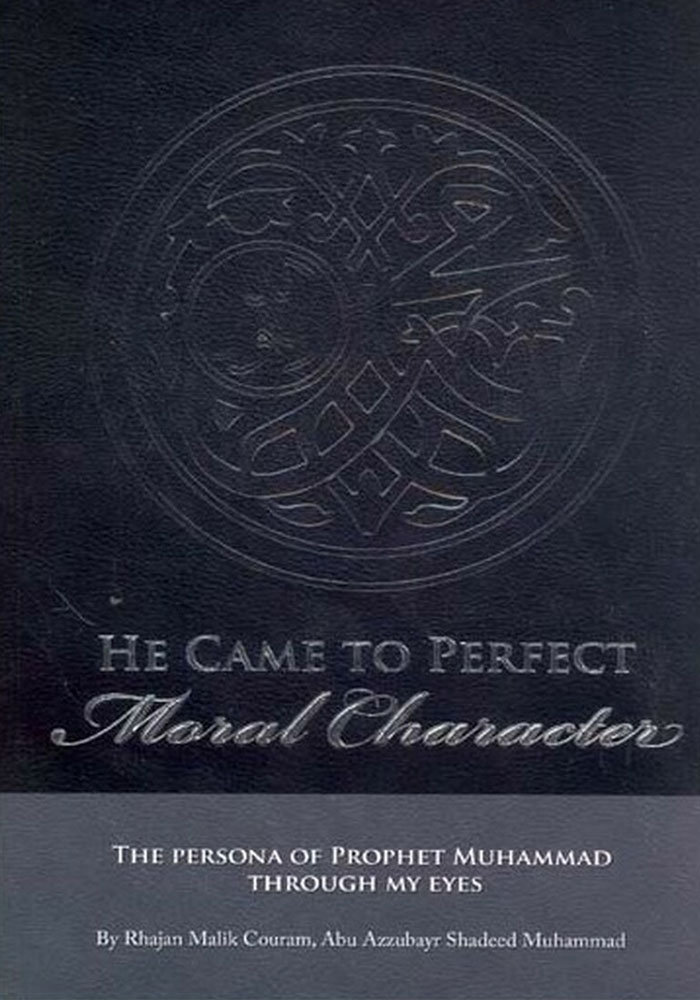 He Came to Perfect Moral Character: The Persona of Prophet Muhammad ﷺ Through My Eyes

Exemplification of proper Islamic decorum is the cornerstone of a successful and productive life, in this world as well as the hereafter. Before the reader is a glimpse at the moral fiber of Prophet Muhammad’s ﷺ character, “He Came to Perfect Moral Character …” The Decorum of Prophet Muhammad ﷺ Through My Eyes, The same character that caused many to embrace Islam before they even met him!

He epitomized morality in every facet of life and the primary objective of the contents of this book, is to highlight some of the most profound qualities that made his character instrumental in the success of nations, even in the modern times of today.

The life of Prophet Muhammad ﷺ is a treasure chest filled with many lessons, and the key focus of this book is to highlight his divine decorum which accentuated empowerment and self-improvement, two qualities he used to prepare his community to face the underlying challenges that were soon to confront them. He demonstrated that the power of such qualities have the propensity to create an environment of religious and secular opulence, evidenced by the pinnacle his community was able to reach, which laid the foundation for future generations of muslims all over the world.

Be the first to review “He Came to Perfect Moral Character: The Persona of Prophet Muhammad ﷺ Through My Eyes” Cancel reply