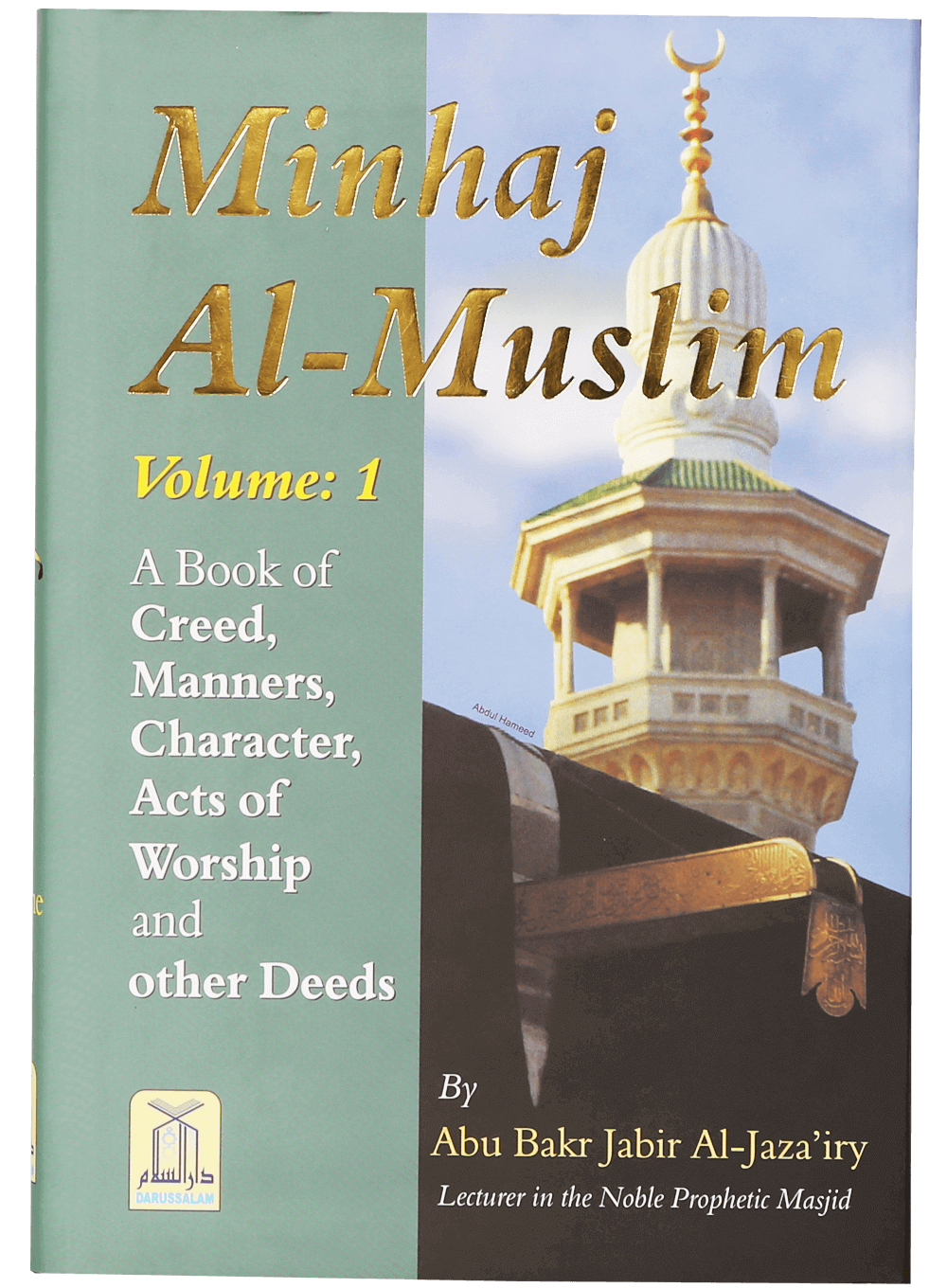 A comprehensive work, in 2 volumes, by the great scholar Abu Bakr Jabir Al-Jaza’ri comprising all that concerns a Muslim regarding creed, manners, providing direction for righteous character, acts of worship, and dealings with his colleagues.

A comprehensive work, in 2 volumes, by the great scholar Abu Bakr Jabir Al-Jaza’ri comprising all that concerns a Muslim regarding creed, manners, providing direction for righteous character, acts of worship, and dealings with his colleagues.

About fourteen hundred years ago the Prophet ﷺ kindled a lamp of knowledge, and then in his path, his followers went to every part of the world, facing every kind of difficulty to guide the people towards this light.

Knowledge is a prophetic inheritance and it is, at the very least, obligatory upon us to nurture our offspring on its basis. To assist in keeping this lamp lit, it has long been our desire – by the grace of Allah – to translate some of the books written in the Arabic language which are beneficial to every person, bringing common or particular benefits, and translate these useful books into the English language.

Minhaj Al-Muslim, or “The Way of a Muslim” is one of these important books whose author is the great scholar Abu Bakr Jabir Al-Jaza’ri. The author has held the prestige of being a regular lecturer at the Prophet’s Mosque in Al-Madinah. I had the chance to attend some of his lecturers, his way of teaching is very simple and his lectures find a place in the minds and hearts of the people.

The great author has a very humble and pious personality. If Allah wants someone to have the honor of serving His religion, then He Himself provides him with the necessary requirements. The author was born in ‘Liwah’, Al-Jaza’ir (Algeria) in 1921 CE. He was less than one year old when his father died, his pious mother nurtured the eminent child on the basis of Islamic guidelines. He learned the whole Qur’an in his youth before he was even twelve years old. He finished his early education in his hometown, then moved to the capital of Al-Jaza’ir and worked there as a teacher in a school. During that period he attended the lecturers of ‘Allamah At-Tayyab Abu Qir and was enlightened with the light of belief in Tawhid and the Sunnah (way) of Prophet ﷺ. When the French colonization began in 1372 AH or 1952 CE, he migrated to Al-Madinah, the city of Prophet ﷺ. King Sa’ud bin ‘Abdul-‘Aziz was the ruler at that time and Al-Madinah University was being established. Abu Bakr Jabir Al-Jaza’ri first worked as a teacher in Al-Madinah, then he joined Al-Madinah University and worked there until his retirement. He also worked as an adviser and helper in some institutes affiliated with the Muslim World League during that time.

Allah has given the author a great ability in reading and writing so he wrote several books, some small and some larger, totaling about eighty. Besides these he also wrote more than ten large books, among which Minhaj Al-Muslim or “The Way of a Muslim”, ‘Ageedah Mu’min or “The Believer’s Creed”, and a selection on the Sirah (biography) of the Prophet ﷺ entitled Hadha Al-Habib (This is the Beloved ﷺ) and his Tafsir of the Qur’an entitled Aysar At Tafasir are the more popular.

The author wrote this book, Minhaj Al-Muslim, at the request of the people of Wahdah’, a city in Morocco. They desired such a book that included all of the necessary topics like correct belief, etiquette, manners, worship, business and transactions etc. So, the author compiled this book after the incessant struggle of about two years, may Allah reward him and increase his benefit to the True Religion.
We have prepared this work in two volumes in the English language due to the large amount of material that the book covers. We hope Allah will reward all of us for the benefit it may provide for the readers.

Lastly, should any reader notice some error in our presentation of this text, we ask that they should be so kind as to inform us of that so it may be corrected in future editions.