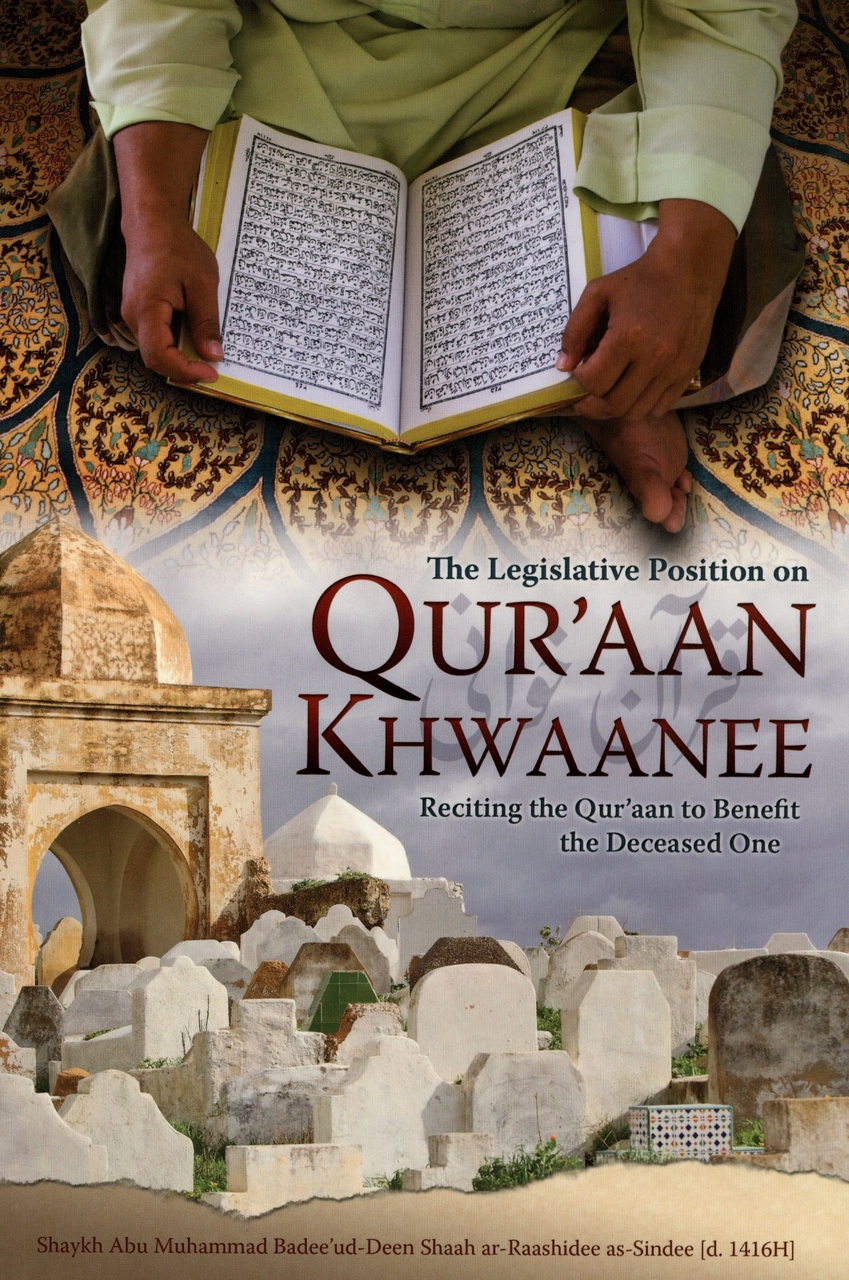 The Legislative Position on Qur’aan Khwaanee

(Reciting the Qur’aan to Benefit the Deceased One)

On the authority of Abu Hurayrah رضي الله عنه who said, the Messenger of Allah ﷺ said, ‘if a person dies, his actions cease except for three: A righteous child who makes Du’aa for him, the continual charity that remains after he has died, and beneficial knowledge (that people benefit from)

A discussion on the common practice of Qur’an Khwaanee, reciting the Qur’an, alone or often in a group intending that the reward be granted to the deceased one.  A practice that is often done to commemorate monthly or annual anniversaries of a friend or relative who passed away. This is a prevalent event which encompasses much of the muslim world and has been passed down generation upon generation and is widely accepted and considered praiseworthy by many muslims. The author keenly identifies several key topics relative to the discussion such as:

• A look at the actions of the Companions رضوان اللہ عنھم اجمعین, was this from their practice?

• The dangers of innovatory practices as it relates to Islam

• The statements of the scholars of earlier generations on the topic